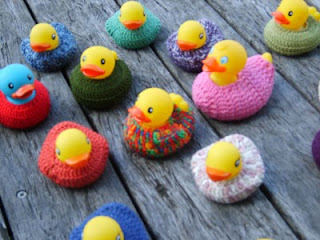 I've been yarn bombing for a long time now and wanted to do something different. After I saw a photo of a rubber duckie with a crochet jumper on it, I felt inspired to create the "Float Away Duck" project. Basically this was a project for me to crochet twenty little ducks with jumpers and set them off down the Yarra River in Melbourne and photograph them for my yarn bombing group Twilight Taggers. The event was held on the weekend and this is how it went down...

First I set about buying all the ducks and designing a pattern for their jumper. I could only find one on the internet but I didn't like it, so I made my own. It was a bit of trial and error. 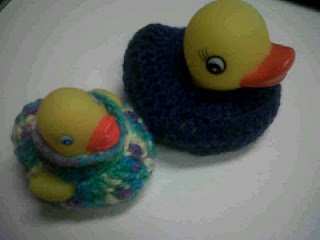 Most of the ducks were made at work because they don't take long to work up. 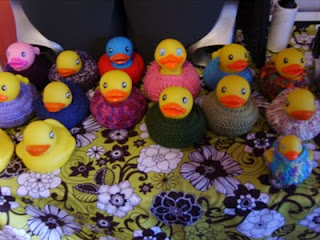 Saturday was a lovely day to set the ducks off down the Yarra. The sun was out and it was a warm 30*C. First we needed a shot of the ducks waiting on the deck to take the plunge. 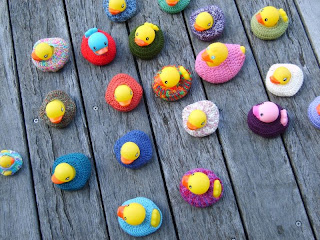 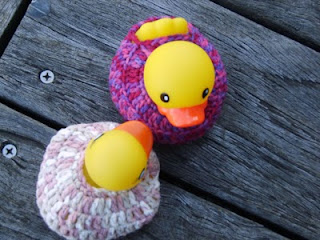 And the one by one, they all made their way into the water... 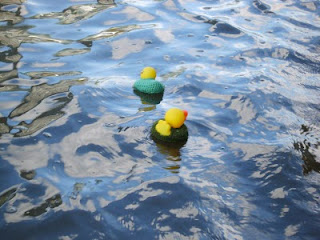 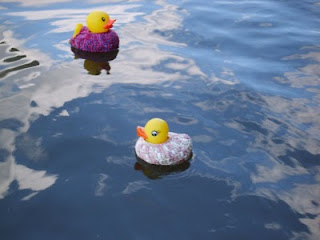 Spectators stopped to watch the ducks float away. I even had two small children help me throw some ducks in. :) 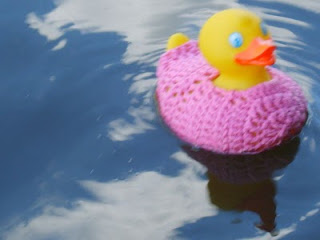 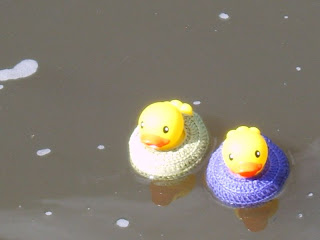 Some ducks didn't quite work out how to stay upright... 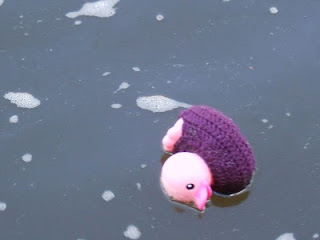 And some ended up in the rubbish trays... 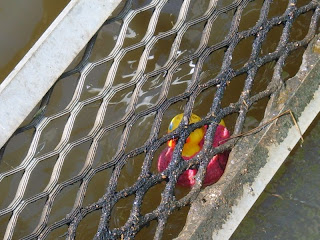 But over all it was a brilliant day out in the sunshine, watching the ducks make their way down the river and meeting some lovely new friends.

Feel free to click the duck photo on the side of the page to take you to my Flickr account with many more photos of the duck project.
Luv Bali.
Posted by Twilight Taggers at 11:52